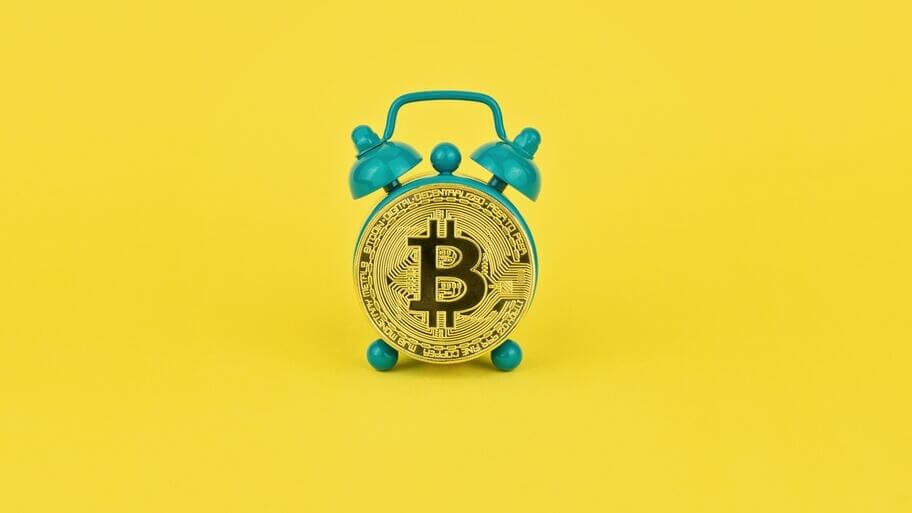 Why Buying Bitcoin is Risky

This article will discuss the following characteristics that make Bitcoin risky. It will focus on three main reasons that might make you petrified of Bitcoin:

If you have an internet connection, you’ve heard of Bitcoin. The world’s first Cryptocurrency was in its infant stages in the early 2000s, and at that time, very little is known about what was happening with it. What we do know is this: the domain name bitcoin.org was registered in August 2008. The mysterious original creator of the project, Satoshi Nakamoto, remains unidentified to this day.

Savvy investors could have purchased dozens of Bitcoins for a few hundred dollars in the early 2010s. These early investors have seen some of the greatest quantifiable and recorded returns in known human history. 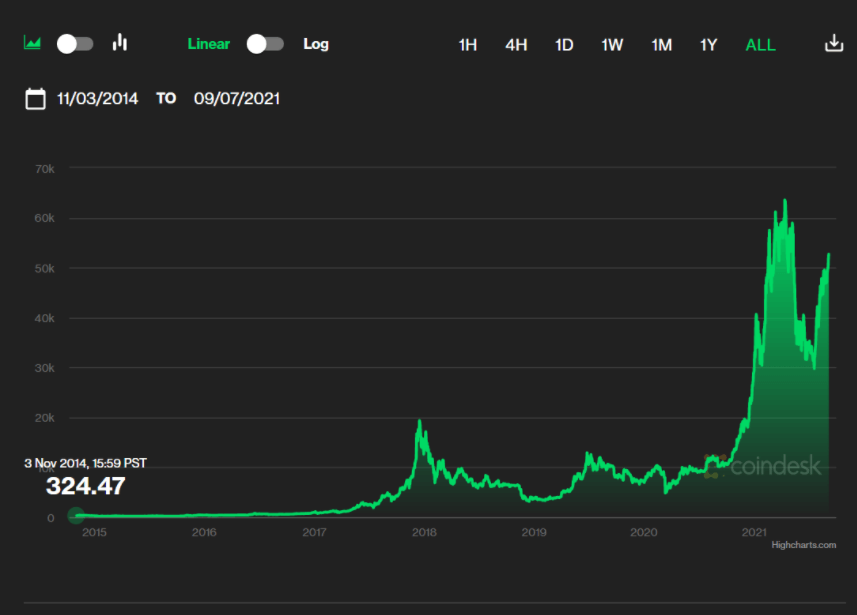 To begin, here are a few basic points about Bitcoin you need to understand.

So why should you be scared of it? Well, for one thing, Bitcoin’s meteoric rise was not free of pitfalls. We aren’t saying avoid Bitcoin or cryptocurrency as an investment strategy, we just want readers to be one thing above all: Careful! Here’s why.

The 3 Big Risks with Bitcoin

Is Bitcoin going up? The answer is a somewhat complicated yes, and sometimes no. It plummeted significantly earlier in the spring of 2021. Just this year, we saw Bitcoin’s price drop significantly after a tweet from billionaire Elon Musk, who wrote on social media that Tesla Motors Inc. would not be selling Tesla cars in exchange for Bitcoin, citing his concerns over the environmental cost of bitcoin mining. In his eyes, the thing that could potentially free humanity from the clutches of the greedy financial system cannot come at the cost of the environment.

Coal is the single biggest source of energy for Bitcoin mining, or at least it was until China banned all Bitcoin mining earlier in the summer of 2021.

Bitcoin’s price fell dramatically after these two events. Other factors contributed to it, but for the most part, it was the influence of billionaires, high volume traders, and governments that led to the recent Bitcoin price drop.

Musk’s tweets and China’s economic policies have massive impacts on the price of BTC. In April of 2021, these events and others culminated in the wiping out of half a trillion dollars worth of crypto investments when Bitcoin dropped from about $70,000 to below $50,000 per coin.

This alone is not a reason to avoid Bitcoin altogether, but it’s something to be wary of. Although now the price of Bitcoin has stabilized, and some would say it’s even gone beyond expectations!

This price is in USD.

The price of Bitcoin will fluctuate greatly over short periods. A whole new type of economy is trying to start up, a new system that people are not used to, and low liquidity all contribute to this volatility. It is NOT recommended that you keep your savings with Bitcoin at this time. It must be treated as a high-risk asset, as aforementioned.

Is Bitcoin a good investment in 2021? The short answer, it could be. But it should be treated delicately.

China just expelled all Bitcoin miners this year. Other countries with much less to lose are trying to adopt crypto faster than ever before. El Salvador aims to have Bitcoin as its legal tender and has run into immense push-back from worldwide central banks on the issue.

Cryptocurrencies such as Bitcoin and Ethereum are contenders to topple the financial world as we know it by potentially replacing it. While that sentence would have seemed outrageous in 2014, in 2021 it’s not that far-fetched. Looking at the DEFI space and what’s happening with NFTs, it’s only a matter of time until centralized authorities and large established banks catch up or become obsolete.

This could be a good or a bad thing for you as an investor. If you’re a crypto expert right now, then now is the best time for you.

However, if you don’t know a single thing about cryptocurrency, it’s better to wait until platforms come to life that allows you to invest in it safely. The Wealthsimple of the DEFI space, Wonderful Technologies (NEO: WNDR) is one such platform set to launch later this year.

This leads us into the next section regarding expertise, and the education about cryptocurrencies and the world of decentralized finance.

3. Expertise, Fraud (*GASP!*), and the Mystery of Who Created Bitcoin

That’s right. To this day, many theorize as to the identity of the mysterious creator of Bitcoin, Satoshi Nakamoto. However, whether the individual is one person or a group/organization, no one can confirm. One can spend some time online to dig into the history, but  the thing that’s absolutely upending the world of traditional finance is made by a mysterious unknown figure. It’s like the story from a comic book.

It is recommended that you read the original whitepaper published on Bitcoin.org in 2008. In a way, this document published by Satoshi was the beginning, though the actual code probably took far longer to develop.

This is one of the reasons why cryptocurrencies are so fascinating and so attractive to many people. Not only is it the freedom that comes with it, but the fact that it’s quickly becoming the new future of finance, in the eyes of many.

However, many believe the reality of crypto and the future will be far different. People believe that regulation will stifle innovation in the field and force price drops as we saw earlier in April 2021.

Why Governments Are Scared of Crypto and Bitcoin!

Fraud is a massive issue. Lack of knowledge on how to secure your wallet and using suspicious websites leads to billions in losses. In 2018, the value of cryptocurrency theft was a whopping $950-million dollars.

The world of crypto is sadly rife with scams and many people have lost money and had a hard time restoring Bitcoin wallets. However, just because there are horror stories, doesn’t mean that there aren’t many people entering the world of blockchain-based finance technology and making genuine returns on investment. Right now, there are many ways to passively make income just by holding cryptocurrencies in your account!

One example is not Bitcoin! It’s the Cryptocurrency Cosmos, with the coin name ATOM. Holders of ATOM can “Stake” their holdings through a trusted platform such as Coinbase and are then able to generate 12-20% yields in certain cases. The reason you should be petrified of this? Your yield “returns” could be wiped out if ATOM’s coin price drops significantly. That’s not looking likely, as the cryptocurrency has good architecture and a solid team behind it. It’s one of the simplest examples of the burgeoning decentralized finance space, which is about to become absolutely massive.

There are many other examples of different cryptocurrencies that you can invest in, but make sure you always do your research first.

How to Invest in Crypto

There are plenty of avenues for people to now get on the crypto bandwagon safely! Wealthsimple just set up its crypto trading platform within its existing user offering, and Coinbase, which had its IPO this year, is another example of a trusted cryptocurrency platform. Others are looking at the NFT market and the various new platforms and auction websites that feature them and are learning about NFTs for free.

Are you still asking yourself: Should I buy Bitcoin? Once again, remember that it is a high-risk asset, and not a single person alive can accurately predict where Bitcoin will go.

The best way to get into the world of Bitcoin and crypto investing is to educate yourself, just like you would before investing in the stock market. 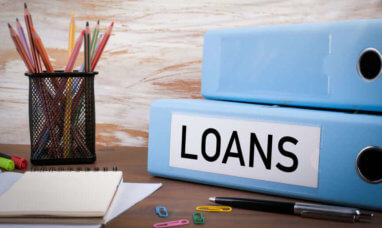 No-Credit-Check Loans: What They Are and How They Work 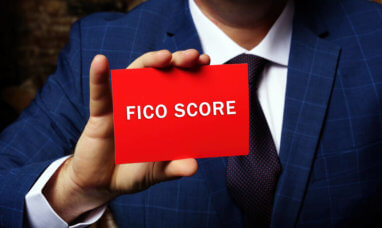 What Is a FICO Score? FICO Score vs. Credit Score 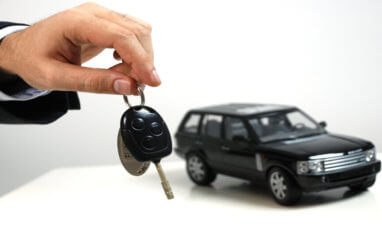 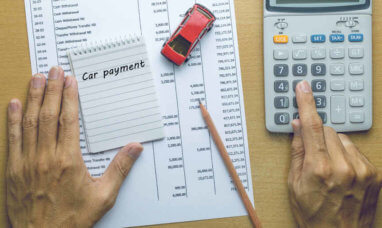 How to Lower Your Car Payment 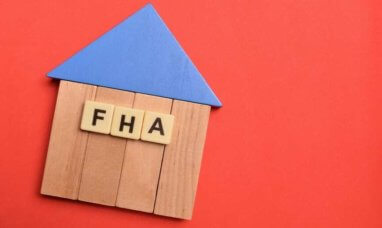